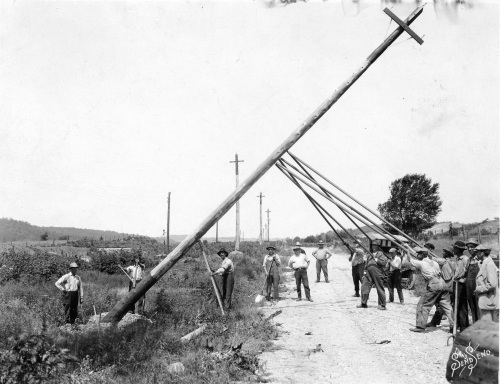 In 1928, the first steam turbine was added to the Traverse City Waterworks building, which became the site of our coal-fired Bayside Power Plant.

In 1976, the City Commission established an ad hoc committee to study the advisability of establishing a separate L&P Board. The committee was made up of the following five members: Larry Hardy, Les Biederman, R. S. Terry, Peter Tyner and Joseph Zimmerman. In January 1977 the ad hoc committee submitted its recommendation to create a two year TCL&P Advisory Board which was approved by the voters in April 1977. In 1979 the TCL&P Advisory Board submitted a draft charter amendment to the City Commission, a public hearing was held, and the City Commission approved putting the draft charter amendment on the next ballot. After much analysis and public input the voters approved the creation of the TCL&P Board on April 2, 1979.

In 1996, TCL&P became the first Michigan municipal electric utility to install a utility scale wind turbine. At the time of construction, with a blade diameter of 144 feet on a 160-foot tower, it was the largest operating wind turbine in the country. 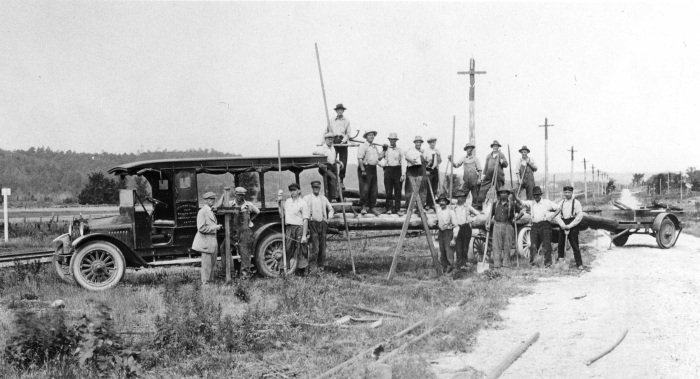 In 2005, the Bayside Power Plant, which had been relegated to peak power support, was removed. Parts of the plant were sold to a Honduran company that planned to re-assemble the power generating portion of the plant in Guatemala.

Also in 2005, it was determined that, because of current and anticipated Federal Energy Regulatory Commission (FERC) requirements, it was no longer feasible to generate electricity at three hydroelectric dams operated by TCL&P. In the fall of 2006, the license to generate electricity at the Boardman, Sabin and Brown Bridge dams was surrendered to FERC. The Brown Bridge Dam was removed in 2013 and subsequently the Sabin and Boardman dams were removed, returning the river to its natural state.

In 2009, TCL&P signed a contract to purchase all generation output from five 2-megawatt wind turbines located southeast of Cadillac. In the fall of 2010, when all five turbines were running, TCL&P had the highest percentage of wind generation to total generation of any utility in Michigan.

In 2012, TCL&P celebrated its 100th anniversary of powering the Traverse City community. To view the 100th anniversary history book, or to see the many ways TCL&P celebrated its centennial, click here.  Also in 2012, TCL&P was among 12 public power utilities across the nation to earn APPA’s Century Award, given to public power utilities that have served their consumers and communities continuously for 100 years.

In the spring of 2013, TCL&P partnered with another local utility to offer the first Community Solar Project in Michigan and the first such partnership in the United States between a municipal and cooperative utility.

In 2014, TCL&P signed over ownership of the M-72 wind turbine to Heritage Sustainable Energy, LLC, and entered into a Power Purchase Agreement to buy the output of the turbine.

In October 2020, TCL&P officially launched Phase I of the Fiber to the Premise Project bringing ultra-fast internet and digital voice services to portions of TCL&P’s service territory under the brand name TCLPfiber. Phase 1.1 later followed in April 2021.